Interconnection of Computers and other devices so as to communicate and share computer resources is known as computer networking. Such interconnection can be done in different fashion such as serial, circular, hierarchical and so on.

The term topology is used to refer how devices are connected with each other to form network. This connection can be physical or logical constituting two different kind of typologies - physical topology and logical topology.

Physical topology describes where the different nodes (computers or devices) are placed and how the cables or wireless connects them. This kind is more evident in viewing. Whereas, in case of logical topology the interconnection appears different than how it works.

Bus topology is the serial connection of network nodes. Each nodes are connected to a single cable or backbone which is terminated properly at each end. It is cost effective, easy to understand and easy to expand. However this topology is suitable only for smaller networks because the network performance decreases as the data traffic or the number of nodes increase.

Ring topology is the circular kind of connection. In this topology, data frames are transmitted from device to device around a closed loop in one direction only. Each device in the loop is responsible for relaying received data frames to the next device in the loop, often regenerating the signal before passing it on.

Star topology is one to all kind of connection. In this topology, every node connects to a central network device, like a hub, switch, or computer. Star topology is the most common because centralized management of the network is possible.

Mess topology is all to all kind of connection. In this topology, all the nodes are connected with all other nodes. This topology is most reliable because it has multiple path to reach from any source to any destination. However, it is most expensive and requires heavy cabling.

This topology is formed when one or more different kind of topologies are implemented to form a network. Tree topology is an example of hybrid topology. 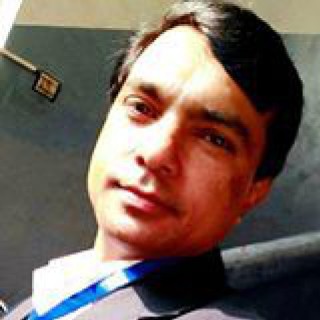 Teacher, Blogger. A simple man who believes in sharing. Currently blogging in Bivori that teaches you how to create, promote and monetize blogs.Compiling and presenting MCQ Questions in MCQSets.com. PS Exam can be useful to Computer Science Students and ICT Trends for the candidates of Computer Operator Exam.